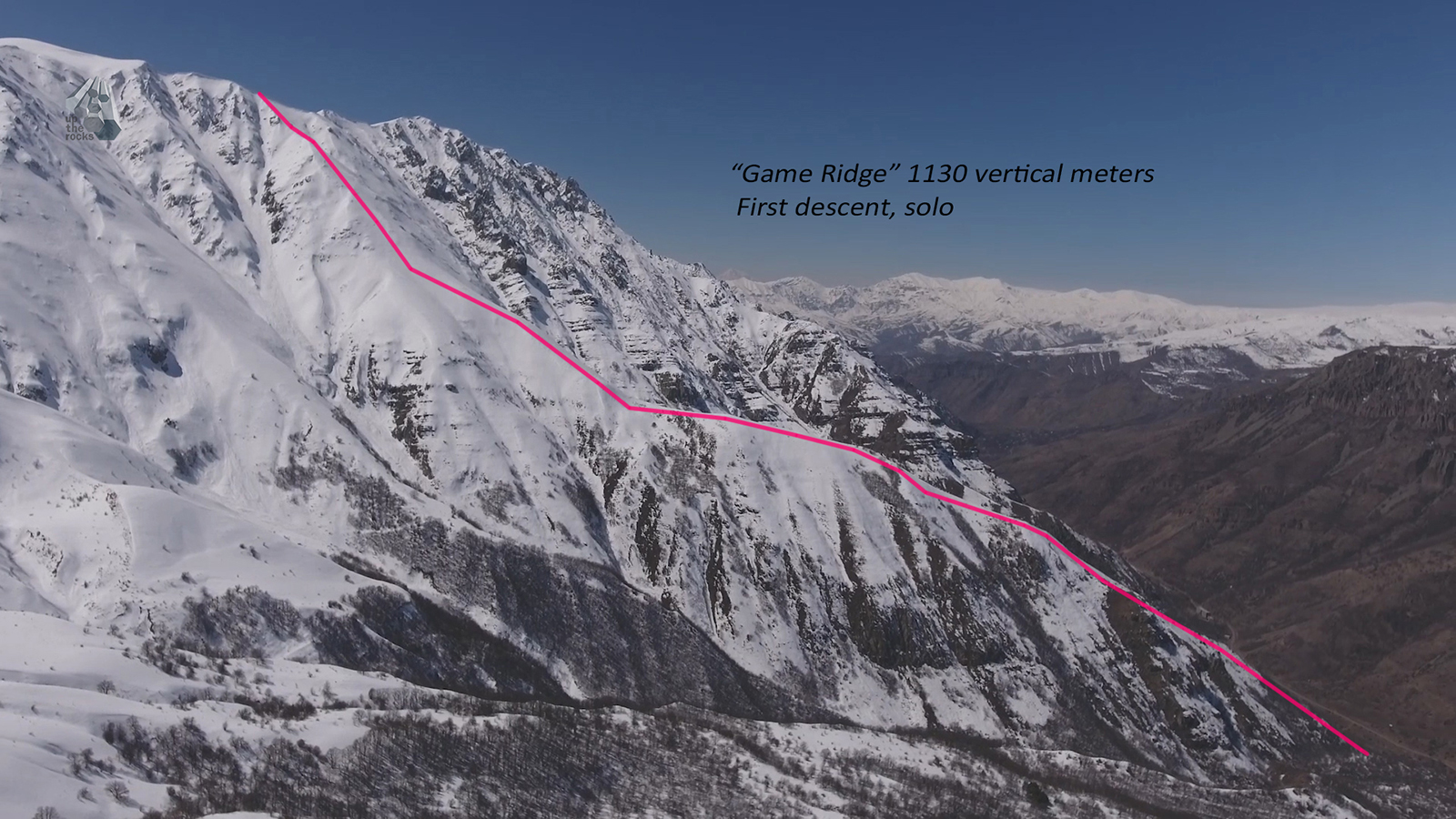 I finally skied one of my projects in Fox Mountains, solo. My skiing buddies were busy to support me on this backcountry trip, and the weather is warming drastically in the valley now, so it had to be done now or postponed to next year which I didn't like for some reasons.

As everything happens for a reason I realized all this is even better as this is a project to be done alone.

Well, the line is far to be close to most technical ones, but it's quite challenging in terms of the terrain and snow conditions.
All the steep parts start with convexities and the ridge is trapped by deep gullies from both sides, where you will be buried deep in case you are pulled over from the ridge by an avalanche.

If the skier is buried in these gullies the team members would be exposed to high risk to enter in those traps for rescue under steep, big and heavily loaded slopes.
And you guess that you can't rely on Armenian state rescue service (see my recent report of deadly avalanche accident here). So high consequences are almost guaranteed in case of an accident on this terrain.

As to snow conditions, you kind of don't want to hit those wind slab convexities in winter. In springtime you want to be considerable when negotiating between early morning icy crusts and wet slabs (there are natural wed slab slides all around on that aspect). In fact, on last pics below you will see two avalanches, big one on the same aspect we triggered when skinning up two days ago on the mine ridge, where Karen heard a deep whump and that caused a part of the cornice to brake and trigger this big one. We saw the slope had slid only on the way down. And another one on Game Ridge ridge happened on last Sunday afternoon. I was almost skiing the ridge that day that time, just Karen held me back to go down with him by a regular route.
I did check the snow quickly before descending and found moisture under some 10cm below hard ice crust. I think even the summit slopes have seen some rain recently and thin icy crust had formed by mellow colds during nights (-7/-5) after that warm period.

Assessing all that and going for first descent solo was not a gambling for me but rather a mental game of equation with many unknown quantities, that took me into a deep meditation trip.

Overall, the northern steeps of Mt Teksar represent the future of freeride skiing in Armenia along with great ski touring potential of the valley itself.

Big thanks to friends who supported me on prep trip two days prior from my sending: Karen Marutyan, Hayk Barseghyan, Petr Majer and Artyom Barseghyan.

Many thanks also to Black Crows skis and Armenian Alpine Club for the support.

Check this page again as a little film is coming soon!