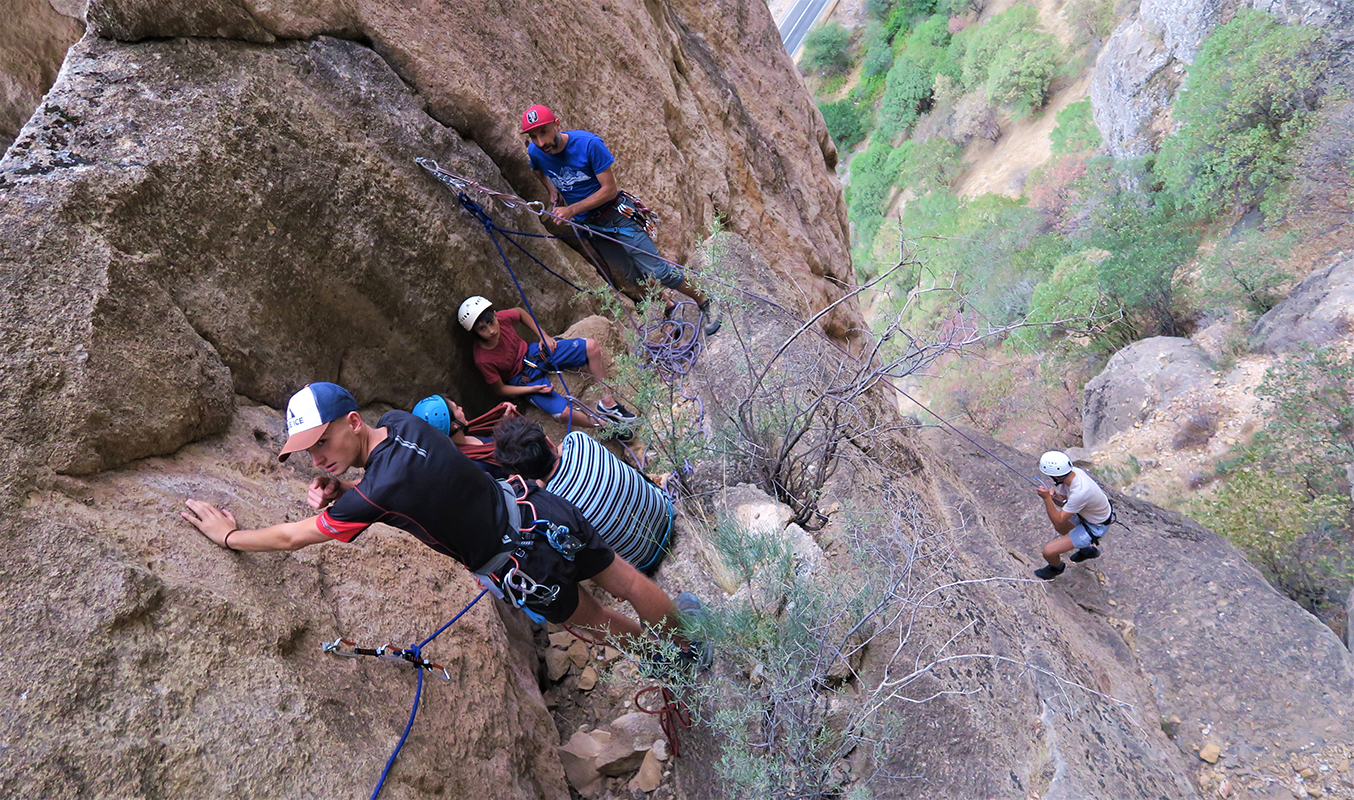 Club Alpin Français du pays de Gex youth team was hosted by the Armenian Alpine Club at the end of August for a rock climbing program in Noravank canyon and climbing the mount Aragats.

The program started with hiking in Garni gorge and sightseeing in Yerevan. After the easy day, the team was ready for mt. Aragats, where it split into two groups, through the misty weather the part went for the North summit (4090m) and the other part to the South summit (3879m). Due to the short duration of the program, the team did it's best surviving the 4 hours transfer to the Noravank canyon immediately after the Aragats summits.

But the reward was waiting there in the Noravank Canyon: delicious meals at the local restaurants and camping site below the rocks, where you would spend no time to hike to the climbing routes, provided more comfort to relax for the rest of the program.

A meeting with local youth from the village Areni was part of the program (Tigran Simonyan from Areni did his best to help ArmAlpClub to arrange this). Rock climbing is not popular there as yet, so the French youth explained it to Armenians before doing some climbing together in the coming days. Even more, the team donated bolts, harnesses, helmets, belay devices, quickdraws, and climbing shoes to the Armenian Alpine Club to equip new climbing routes for beginners at different climbing locations and organize climbing courses for the Armenian youth, which will be launched on upcoming spring.