Armenian climbing team at "Experience the Rocks of Georgia" 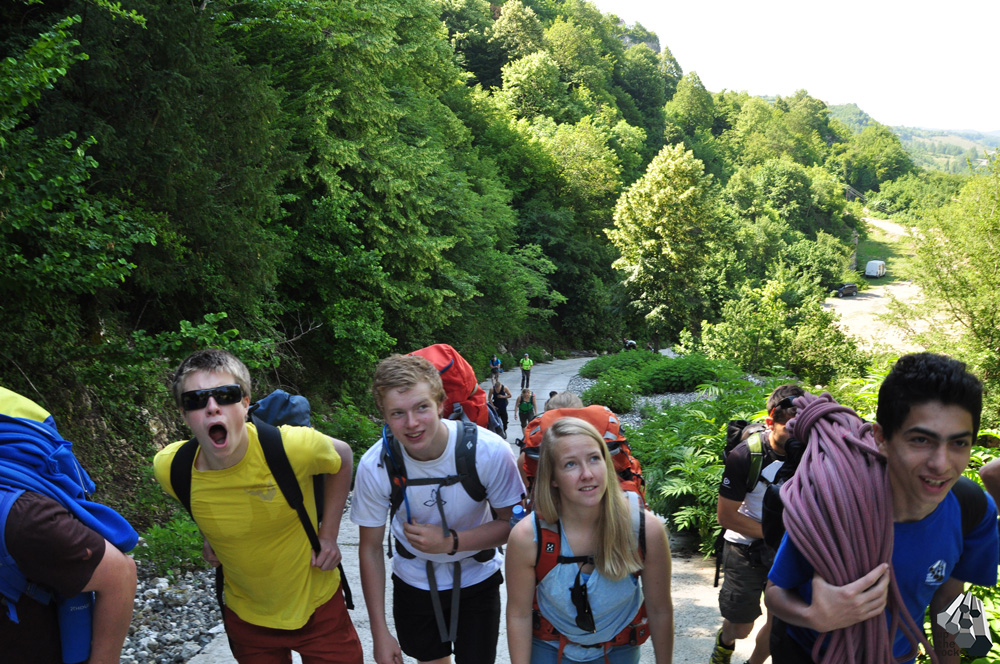 Right a year ago "Norwegian Agency of YIA", by the efforts of Per Erling Tilset Larsen and Eirik Skar, took our team to Flatanger, Norway to the amazing event.

Now, these two guys again arranged the nice event in Georgia, with the support of the local NGO "Stefantsmida". Stepane Tsiklauri and Shota Buchukuri, the organizers, hadn't rest and sleep all these days so all the teams from Armenia, Norway, Sweden, Spain, Ukraine, Germany and Georgia could feel in this amazing country like at home and enjoy ever minute. The most of the participants knew each other since the last meeting in Norway, so from the very beginning the event crew had a sense of being a strong team! Well, the event was hold in three different locations: Chiatura, Kazbegi and Tbilisi (there are some rocks formations in Botanical garden). Gerogia, as a mountainous country, is gifted by plenty of rock formations and is a nice destination for rock climbing.

All of us mostly liked Chiatura rock formations as a climbing destination. However we were surprised by the weird manner of the local climbers to chip or glue the holds on the rocks... Why to "build" the wild nature as a climbing construction which you could just do in the towns?

Whatever, everything else was just great! In Stefantsmida village, right on the base of Mt Kazbegi, the organizers hold a memorial climbing contest after the Georgian mountaineer Zurab Sujashvili who passed away a year ago. That was another "ice cream" in the program, which's cherries were taken by Norwegians ;) It was also great to meet the founder of "Georgian Climbing National Federation" Lado Gurchiani, an old and charismatic mountaineer, who kindly invited Armenian rock climbing team to take a part one of the major Georgian climbing competitions after "Mikhael Khergiani", which will be held on in Mestia on Aug 14-18.

We all believe that this was not the last event by NA YIA - common Per Erling, you can do that again!