Written by Mkhitar Mkhitaryan, Published: 23 May 2008 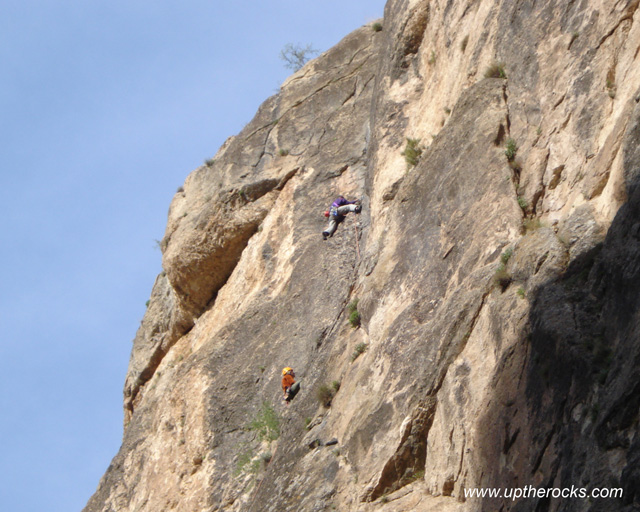 On Sunday afternoon Vahe, Alla, Marina and me decided to go to Noravank for climbing. Soon we met our friends there and joined to a picnic.

After having fun together, the picnickers returned back to Yerevan and we started the serious part of our trip ;) We chose the route Soyuz 82 (80m) set up by Aleksey Trubachov. The route is located on the left side of the canyon near the crossroads leading to Noravank Monastery. In 1982 the rock climbing female championship of the USSR was organized on this route, and after setting up the bolts Alexey decided to call it “Soyuz 82”.