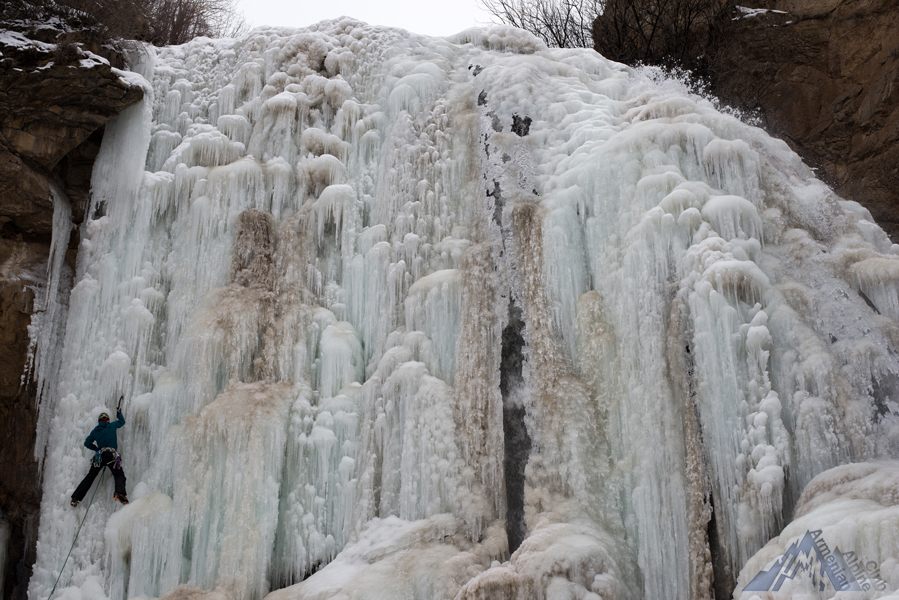 During the warm winter in Armenia, the only colds for ice climbing we found on early Feb on the north of Armenia, famous waterfall “Trchkan” to which no ice pick has touched before.

After a venturesome driving 10km dirt road covered by tick snow, with Armenian Alpine Club members we got the place. The ice was ice cream for us, but seems like we have been to slow driving, and its already warm and dangerous to spend under the ice much time. The left part of the waterfall was open and the river stream was pouring intensively, vibrating all the ice structure.  The 3 cube meter of ice brick fell and roll one the rope tarp, confiscating our rope – that was not so unexpected, but it was clear that we must get off from here as quick as better.

Anyways, we had our success on “Trchkan” fall, putting a FA named “Chihkhan” WI3 (the name of the river).